SMC4 i2 Analyst's Notebook (ANB) Plugin enables analysts to utilise social media data from within the i2 ANB client. SMC4 captures your communications from Social Media and is made available through the plugin to enhance investigations and discovery.

Download the SMC4 i2 ANB Plugin (supports version 8+ of ANB).

Once downloaded, please run the .exe file as administrator in order to install the plugin successfully.

Once the plugin has been installed successfully, the SMC4 registration page should launch. If you have not already registered then please do the steps as outlined in that process. This will set up social media accounts that you will be able to utilise within Analysts Notebook. 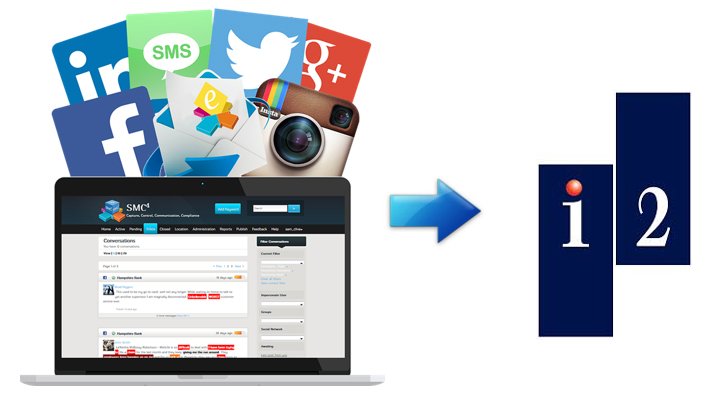 The SMC4 plugin will be available via the "Connect" tab within Analyst's Notebook. In order to complete the connection between SMC4 and ANB, simply login using your SMC4 credentials.

All data being captured via SMC4 will then be available via the ANB plugin and can be visualised on a chart. Users within ANB can also add new accounts, expand posts and find the hidden connections between data.

Additionally, if you are using other elements of the i2 suite such as IAP or EIA are looking to load the data into an intelligence portal, within SMC4's administration sections, users have the ability to update an existing i2 schema with new social media entity and link types.

Seamless Integration into i2

The SMC4 i2 ANB Plugin enables users of ANB to connect to social media data via a seamless integration, where users are able to search for social media data being captured by SMC4 and visualise that information within an Analyst Notebook Chart.

By utilising custom entities and link types, analysts are now able to visualise social media conversations, connections between individuals (followers and who they are following) and use this data to enhance investigations alongside the traditional data sources.

From within i2 ANB, the SMC4 plugin will also enable users to add new accounts into SMC4, which will kick off the data crawling process to enable any future data to be captured within SMC4 and therefore available for investigations into i2.

Once an investigation has taken place, a chart, new links and entities can be uploaded into the intelligence repository for use in future investigations.